KRAS: How It Started vs. How It’s Going 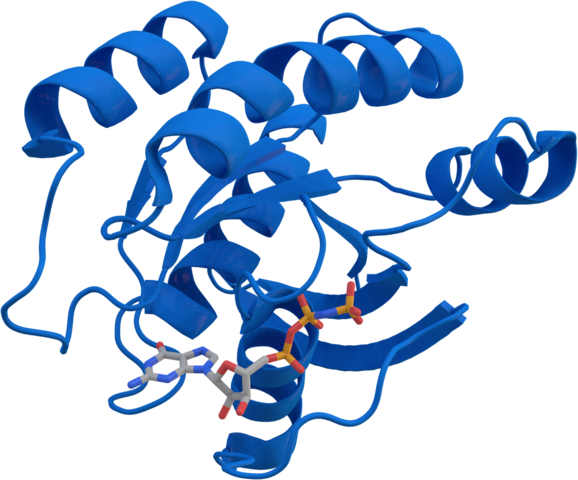 On May 28, 2021, the United States Food & Drug Administration (FDA) approved sotorasib as the first targeted therapy for patients with KRAS G12C-positive non-small cell lung cancer (NSCLC). Both researchers and patients celebrated this historic breakthrough, which had been a goal since the KRAS oncogene was discovered 40 years ago. KRAS is a leading driver mutation in various forms of cancer. Still, targeting KRAS had failed for nearly four decades, leading many to believe that it was “undruggable.”

In the nearly one year since this first FDA approval, advances in the KRAS space have continued to grow rapidly. Here we reflect on the past year and look into our crystal ball to predict where this field is going.

KRAS G12C: We All Have to Start Somewhere

While there are many different KRAS mutations, nearly half of patients with KRAS-positive NSCLC have the KRAS G12C mutation. Since the FDA approval of Amgen’s sotorasib in May 2021, we have seen rapid advances in this space, with other companies developing new inhibitors, including adagrasib, JDQ443, and others. We anticipate that the FDA will approve adagrasib later this year. With so many new KRAS G12C inhibitors in various stages of development, this means even more drug options should be available for patients in the future.

At this year’s American Association for Cancer Research (AACR) conference, we got our first peek at long-term survival data  for patients with NSCLC taking sotorasib. Researchers reported that sotorasib led to increased survival for patients with KRAS G12C-positive cancer in a global study for patients who have been on the drug for two years. Specifically, patients with KRAS-G12C NSCLC treated with sotorasib had a two-year survival rate of 32.5% - in other words, 1 in 3 patients taking sotorasib were still alive after two years. Traditionally, chemotherapy was the only available option for this group of patients, and it had very low survival rates. Patients tolerated long-term treatment with sotorasib well, with manageable side effects and no new safety concerns.

One challenge of targeted therapies is that patients often develop resistance to the drug, meaning the medication stops working against the cancer over time. Researchers are creating more KRAS drugs, but they are also working to understand how resistance develops and how to develop ways to treat drug resistance in patients. Scientists are trying to fight the development of resistance by using combinations of drugs and by using dual-acting KRAS G12C inhibitors. These efforts are showing promise in cells grown in the lab, which have developed resistance to sotorasib and adagrasib, the two leading KRAS G12C drugs. In addition to studying resistance, it will also be important to understand how other mutations, such as STK11 and KEAP, affect patients with KRAS-positive NSCLC.

“What About Us?” Other KRAS Mutations Step Into the Spotlight

The focus over the past year has been on the KRAS G12C mutation. Still, efforts to target other KRAS mutations such as KRAS G12D, G12V, and many others are moving ahead too. Work to target non-KRAS G12C mutations falls into two groups. Selective inhibitors target individual mutations like KRAS G12D, while pan-KRAS inhibitors broadly target all the different mutations. Both approaches are focused on the fact that the KRAS protein exists in two forms in a cell: the active form and the inactive form. The active form is the most common in cancer and leads to cell growth. Certain drugs such as MRTX1133 (against KRAS G12D) work by blocking the KRAS protein in the inactive form to stop it from sending signals that promote cell growth. Other drugs, such as the pan-KRAS inhibitor BI-KRAS deg 1, work by ensuring that the KRAS protein gets tagged to go to the cell’s “trash compactor” – the proteasome. A third group of pan-KRAS inhibitors, such as SOS1 inhibitors, are being developed to block the KRAS protein from attaching to its signaling partners. Signaling pathways are groups of proteins that can send messages to each other. They tell cells to do certain things like grow or stop growing. If scientists block the ability of KRAS and its partners to talk to each other, they can stop the out-of-control growth that leads to cancer.

We expect researchers to push forward with developing additional KRAS G12C drugs and drugs targeting other KRAS mutations, either selectively or broadly (in the case of pan-KRAS drugs). Additionally, efforts are underway to understand how resistance forms to these drugs. Researchers are also developing approaches that combine KRAS drugs with immunotherapy or drugs targeting other mutations sometimes found with KRAS.

It’s exciting that we can finally see a huge amount of activity in this space. After 40 years of darkness, the future of efforts to treat people with RAS-driven cancers is very bright!

To stay up-to-date on the latest in KRAS news, find specialists who treat KRAS-positive NSCLC, learn about clinical trials, and connect with your community, check out LUNGevity’s KRAS Lung Cancer Patient Gateway at kras.lungevity.org.

You are about to leave the Patient Gateway

You’re one click away from learning about one of our most valued sponsors. Read about how they’re making a difference in patients’ lives.